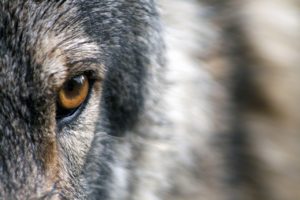 I had the opportunity to read an article written by Brandon Sneed titled “I’m Not the Lone Wolf,” written on September 13, 2016 in The Bleacher Report magazine. This article discusses Urban Meyer’s battles and stresses as a college football coach and how he was able to regain control of his addiction to winning and being perfect, through understanding the mind. Urban describes the stress and pain he was dealing with as a head coach which led to hospitalization and retirement from coaching. Initially, Meyer blew off his condition as refused to get help. “He had an attitude of, well, you should be strong, and you should be able to handle things yourself.

Urban felt like a lone wolf for a long time because, like so many people do, he thought needing help with mental health meant he was weak.” (Sneed, 2016).

As the article continues, it describes his addiction to winning. Even though he was the head coach at major universities and very successful programs, it wasn’t enough. “The only thing Urban was looking for back then, the only thing he could see, was a zero in the loss column” (Sneed, 2016). With this mindset, Meyer’s only motivation was based on things that were out of his control. The expectations he placed on himself of being perfect and having a perfect season, took a toll on him and eventually ran him out of the game.

It wasn’t until Urban began reading about sports psychology and talking with friends and specialists in the field, that he began to understand the importance of having an elite mindset. Meyer says, “getting your mind right is a constant, never-ending discipline. It’s a battle. A fight. And there is a lack of training in general in our country on how to manage mental state in order to live, work, perform at a good level, let alone an elite level. That’s true every place. Not just college football” (Sneed, 2016). This awareness led to a mindshift that not only helped Urban begin to heal but also allowed him to return to coaching the game he loved. He changed his philosophy as a coach and began to understand the importance of his profession. Urban realized he didn’t just love building good football teams. He loved helping boys become men, and the game was one of the best ways he saw to do that.

One of the greatest parts of this article (as well as Urban’s book Above the Line), is the system that describes the “R Factor.” E + R = O. Event plus Response equals Outcome. The only thing anyone can control in any situation is the R Factor. You can’t control what happens to you and you can’t control what happens next, but you can control your response (Sneed, 2016). This is such an awesome concept for athletes and all people to understand and work to master. If you are motivated only by the victories in life you are setting yourself up to fail and be disappointed. On the other hand, if you can control your response to any and all events that are thrown your way, the outcome will always be much better.

This is a great article for everyone to read. I hope you enjoy it as much as I did.
Sneed, B. 2016. I’m Not the Lone Wolf. Retrieved from: http://thelab.bleacherreport.com/i-m-not-the-lone-wolf/?utm_campaign=tsiphone&utm_medium=referral&utm_source=facebook.com